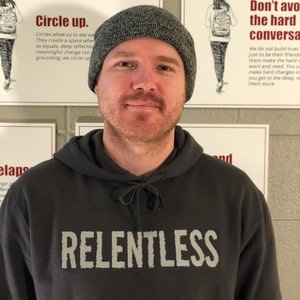 Jamie started his career in 2005, after graduating from the Child and Youth Care program at Grant MacEwan University. Almost 17 years later, he has worked with youth from ages 5-24 years old, spending 15 years of his career at only two non-profits in Edmonton (Norwood Child and Family Resource Centre, and YOUCAN Youth Services). He has always embraced a style of using his own passions and interests to build rapport, trust, and transformational relationships with youth. These include art, music, skateboarding, film/movies, and drama/theatre. As a professed “music nerd” he has created and debuted songs, as well as music videos, with the youth he has worked with. As well as created and ran his own skateboarding club, which aimed to teach youth the basics of skateboarding. Jamie has always believed in the saying, all youth are capable of success, no exceptions.

Working within the Verto Project, and managing the program for the past several years, the focus is now supporting his team, and that is an indirect way to support the youth that attend the program. Jamie is still passionate about youth work and sharing his experiences and laughs with the youth that attend. As a true kid at heart, whether busting a move, singing some Sinatra, or skateboarding in the parking lot, he continues to show up every day, and sees working at YOUCAN Youth Services, with the youth in this community, as a privilege.

Email me Back to team

We would love to chat.